You Need To Be Turned Into A Sissy Baby 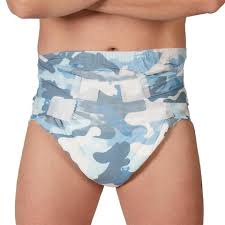 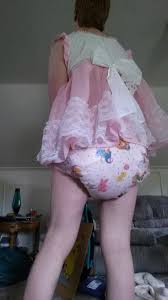 Little JJ is at home locked in his room by himself. He is glad because he doesn’t want anyone to know that he is a diaper lover  He is anxiously waiting for the delivery driver to arrive. Praying continuously that on one will come home before his  package arrives. The tension just builds more and more with each passing second feeling like hours if not days. I am going to get caught, he thinks to himself. If anyone one finds out I will be completely humiliated. And although, this thought frightened JJ, he could not help but get excited. The was the truck pulling into his driveway. Fear caused him to sweat all over his body getting the waist of his diaper wet with perspiration. And his cock getting harder as he made his way to the door.  He could feel the warmth, dampness, and soft diaper material rubbing against him as he swung the door open and waited for the delivery guy to come out of the back of the truck. He checked left and right to make sure none of the neighbors were peering out of their windows. “You James? the driver asked. “Yep,” he answered trying to sound normal.  “Here you go.”  He handed JJ the package and walked back to the driver’s side of his truck and JJ ran to his room as fast as he could.  He opened the box, took out one of the plastic wrapped packages inside, and started taking in deep breaths then exhaling relief. He had made it inside with no one the wiser.