Be Careful What You Wish For 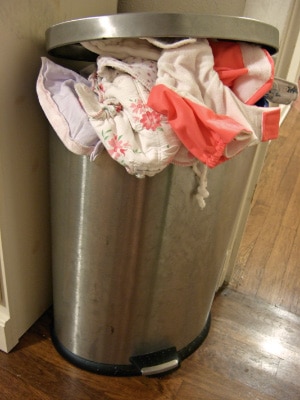 Sometimes I watch over boys that think they can sneak things by me â€“ silly boys. Case in point: I was watching over one particular boy who would go next door to play. The boy there had a baby sister that was still in diapers, and when ever my charge would come back, he would scurry quickly by me and head directly to his room. He thought he was being so sneaky, that I wouldnâ€™t notice what he was smuggling in under his jacket, but I knew! (the undeniable smell was a dead give away, hehe).

Seems he enjoyed playing with the little girlâ€™s used and messy diapers, so when I confronted him, I was quite sweet about the whole thing â€“ right up to the point where I put him in one of those messy diapersâ€¦telling him that he was going to be in it for a full 24 hours AND use it as well! You should have seen his face! And when he tried to protest, I simply told him that maybe next time you will learn that you canâ€™t slip anything by this Nanny, and you should be careful what you wish for â€“ you just might get it!

Be A Good Boy For Mommy